Developing training for employees and customers

We are your local source for high quality video production

Let us help create your story and vision 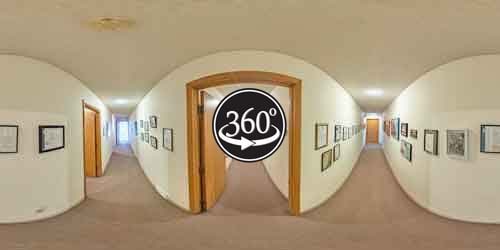 The next best thing to being there.

Virtual Tours are going to change the way people look at the world. Enhance your on-line exposure with a virtual tour. Provide your current and future customers with 24/7/365 access to your business. Increase your viewer retention on your website and improve your business listing on Google.

We can provide you with a professional quality virtual tour that you can post on your website, share on your social media networks and email to clients.

We produce easy to follow training manuals with pictures and videos. Dividing each process into steps allows each user to see just what they need to learn. Preserve your company knowledge in a cost effective way.

Click here to get your FREE Safety Guide manual. 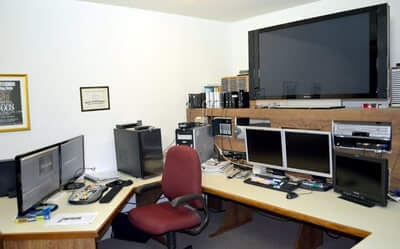 Where it all comes together.

Video production editing is the art of combining all the elements from the production process. Video footage, music, voice recordings, still images and graphics are combined to create a program that is tailored to meet your needs. 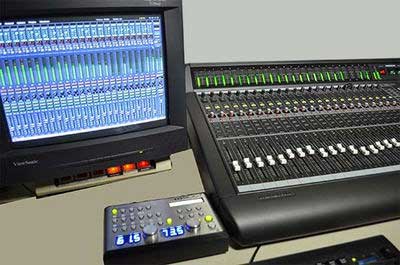 Audio recording can be done as single channel or all channels together. Each channel has its own EQ, compressor and gate. Audio mixing can be done in stereo or 5.1 channel surround sound.

We have a large selection of microphones for just about any situation. Vocals, drums, large diaphragm, micro boom, shotgun, variable pattern, stereo pairs, and a Holophone H2 Pro. 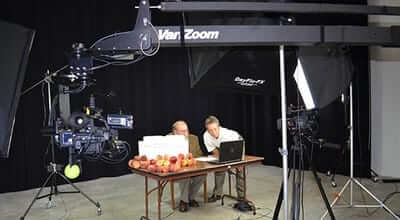 Video production and audio recording in our large recording studio. Black curtains can be pulled around the white walls. Plenty of electrical power is available. Climate control does not interfere with any audio recording or video production. The staging and loading area has 15 foot garage doors, perfect for loading in and out of the studio during inclimate weather. There is also a platform lift that can go 25 feet in the air.

Your message in motion.

Motion graphics are information illustrated through animation. Images, fonts, colors and motion combine to communicate a visually stimulating message. Motion graphics can be used to tell a story or explain a product or service, often called explainer videos.

Motion adds interest and keeps the viewers attention longer. Anytime we see motion it draws our attention. This is only limited by the imagination.

Adobe After Effects is the program we use and it is very powerful. Let us bring your concept to reality. 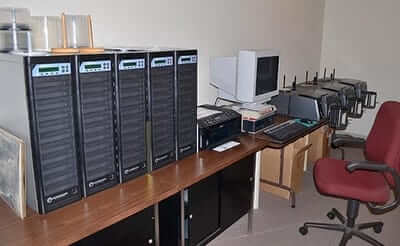 From one to one thousand.

How much is your video worth? CopyLock will protect your DVD video from being copied illegally. Pay only to protect your master, no extra charges per copy. 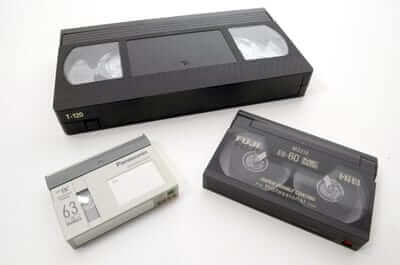 Preserving your memories for the future

Do you have a pile of video tapes that you can't watch anymore because you sold your old VHS player at your last garage sale? We can transfer many different tape formats onto DVD for you to enjoy.

If you would like to post the video up on YouTube, or edit it on your computer, we can transfer your video tapes into the .mp4 digital video file format.

For archival purposes is it important to transfer your treasured pieces of video footage into a digital format before the video tape is no longer able to be played.

CALL FOR A FREE QUOTE

Edelkrone has developed the world’s smartest and most portable 4-Axis motion control system. See it in action by selecting the play button.

Provides the mobility of a handheld camcorder with the precision and smoothness of a dolly. See it in action by selecting the play button.

A teleprompter lets you read your script while looking directly into the camera. See it in action by selecting the play button.

Provides smooth camera movement from the ground to 10 feet in the air. A boom saves time and money. See it in action by selecting the play button.

Samples of our work

Video Production that tells your story,
on time and on budget.

Questions, comments, send us a message.

Your message has been sent. Thank you!